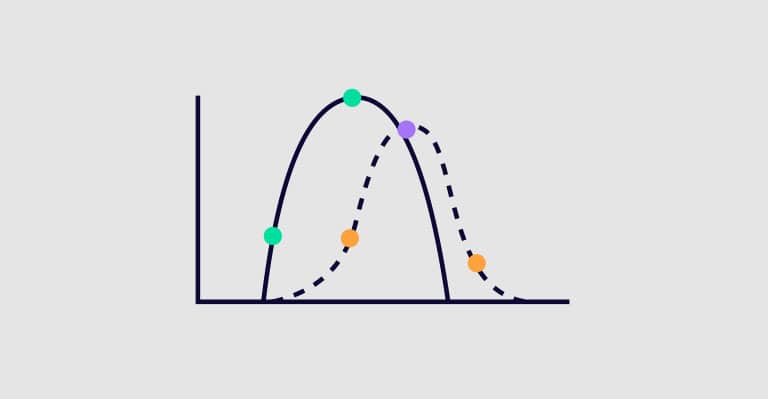 As machine learning models become more and more popular solutions for automation and prediction tasks, many tech companies and data scientists have adopted the following working paradigm: the data scientist is tasked with a specific problem to solve, they receive a snapshot of the available relevant data, and they work on training a model to solve it. Once the model is tested, it moves to production. Eventually, the model’s performance begins to degrade, and more often than not, this is due to concept drift.

In the literature, concept drift is a situation in which the statistical properties of a target variable (what the model is trying to predict) changes over time in unforeseen ways. Types of Drifts in Machine Learning

Virtual drift vs real drift is illustrated in the following figure.

Once a model is in its production environment, we can monitor its performance and be on the lookout for concept drift by looking at its performance on the data stream. By dividing the data stream into time frames (e.g. hour, day, week), we can understand what is changing in our data.
If the input distribution (i.e. p(X)) changes but the true labels p(Y|X) don’t, we can classify it as a virtual drift, and conclude that we have a change in the input data that hasn’t affected the performance yet. If there is an actual change in the labels, i.e. p(Y|X) changed, that means that a real drift occurred during the time frame and we are detecting its effects.

For example, we have a trained model and we measure its performance using accuracy as the metric. We would like to view its accuracy over time: if the model’s performance degrades over time that means there is model decay.

Model decay (i.e. model drift, staleness) is when the degradation of a model’s performance over time and varies from use case to use case. Some models can perform well for years while other models’ shelf life is less than a day.

It has been shown that regularly retraining the model before the point of significant degradation has occurred helps alleviate the issue to some extent, but in many cases, it is simply not enough and in others may even make matters worse.

The best way to avoid concept drift ruining your models is by staying on top of it with the help of monitoring tools.